For press and media inquiries about Smith & Yarn, please contact Stephanie Mayers at Mayers Consulting. For all other inquiries, contact Red Yarn directly.

Red Yarn in the Media

Aaron Nigel Smith and Andy Furgeson make music for kids – but not just for kids. They call their genre family music and say they write their songs for all generations. So far, the two artists have had separate careers, Aaron Nigel Smith making music under his own name, and Andy Furgeson under the moniker Red Yarn. Now they’ve teamed up on a new album that blends their independent sounds of reggae, funk, folk and country.

Heartfelt and handcrafted … an exuberant, uplifting album for these unsettled times (or any time at all, for that matter).

Red Yarn’s latest, Backyard Bop, is perfectly fitting for the times we live in. Thankfully, though, it’s not full of doom and gloom, but brimming with optimism and wonder. … If you’ve ever wondered what it would sound like if Jeff Tweedy and Rhett Miller recorded an album of material for kids and families, this is it.

A rousing family celebration of Americana… with beguiling puppets.

Red Yarn’s Old Barn envisions a blueprint for the barns we can build in our own communities. It enthusiastically celebrates a diverse mix of lively characters, complex emotions, and authentic sounds. This ain’t no Old MacDonald, folks!

It’s a testament to Furgeson’s songwriting skills and his production work alongside co-producer Adam Selzer that it can be hard to tell his takes on songs sung for generations apart from the ones written for and inspired by Furgeson’s two kids. Highly recommended.

Appalachian cultural references woven throughout the album, leaving a classic feel, but not ever pandering to the past or to their intended young audience. Take a listen, you will be singing along in no time. For me, it was love at first listen!

Nobody’s doing a better job of bringing the true folk music of America to kids of the modern era than Red Yarn. It’s soulful and genuine.

While folk music has never gone away in the children’s music genre, [Red Yarn] forcefully makes the case for its continued relevance in the era of the mp3.  Highly recommended.

A children’s album that easily doubles as an old-time folk anthology… [it] overflows with such creativity that it’s easy for adults to get swept up in it. 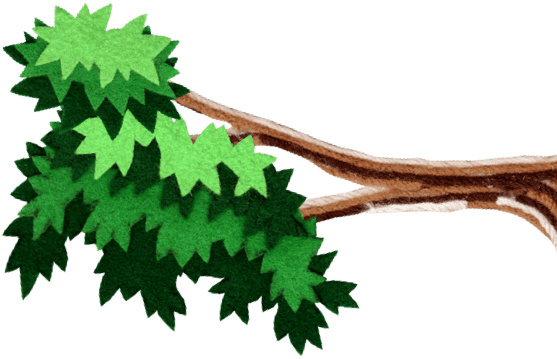